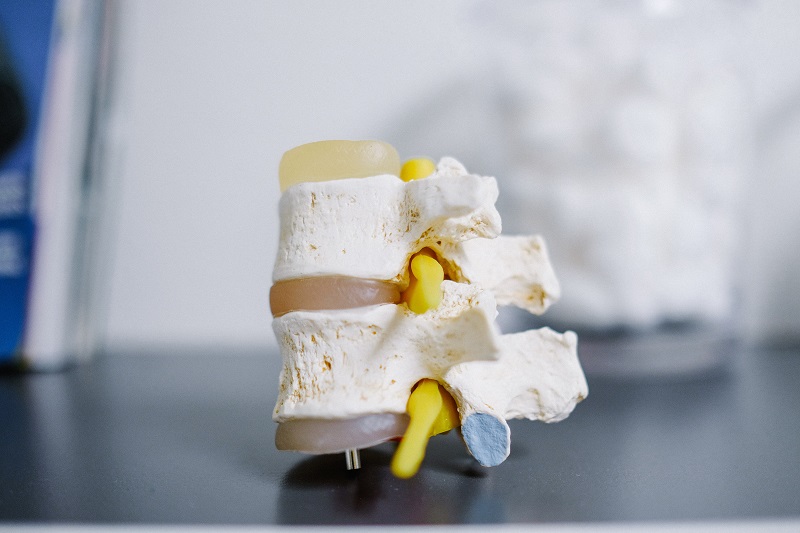 A herniated disc can cause a wide array of unbearable pain and injury. A herniated disc is no joke, from sciatica and back spasms to fibromyalgia, low-back and neck pain, loss of strength in muscles throughout the body, loss of mobility, and range of motion. In fact, they are the single most common cause of chronic back pain after musculoskeletal strain/sprain.

A disc herniation is a medical condition affecting the spine due to trauma, lifting injuries, or idiopathic (of unknown cause) degenerative changes to the disc. It is referred to as a slipped disc in a layman’s term.

What is a disc?
Spinal discs are the shock absorbers between the vertebrae of your spine. They comprise an outer fibrous shell (annulus fibrosis) and a soft, gelatinous center (nucleus pulposus). If you cut a spinal disc in half, it would look like a jelly doughnut.

What is Disc Herniation?
It’s normal for the discs between your spinal vertebrae to bulge a little bit. But if you have a disc herniation, the disc bulges out past the space it usually occupies.

The disc is mainly contained within the space formed by two adjacent vertebrae in a healthy spine. But with a disc herniation, some of the nucleus pushes through a tear in the annulus and bulges out beyond its usual space — sometimes compressing nearby nerves.

How it happens
Your spine comprises bones called vertebrae, which are stacked on top of one another. The spinal cord runs through the center portion of all the vertebrae.

Between each of the vertebrae are discs. The discs act as cushions between the bones and protect them from rubbing against one another. They also make it possible for your spine to bend and move. In short, discs are shock absorbers that sit between your vertebrae — the bones of your spine. A disc has an outer layer called the annulus fibrosus, and an inner gel-like substance called the nucleus pulposus.

A disc herniation occurs when the soft inner part of a spinal disc pushes through a tear in the tougher outer part, or annulus, of the disc. It can put pressure on nearby nerves when this happens, causing pain and other symptoms. This is commonly referred to as a “slipped,” “ruptured,” or “bulging” disc. It can occur anywhere along the spine but are most common in the lower back (lumbar spine) and neck (cervical spine).

A disc herniation isn’t always painful. In fact, many people aren’t even aware that they have one until it shows up on an X-ray or MRI for an unrelated problem. But when pain does occur with a disc herniation, it’s usually due to inflammation of nerve roots as they exit the spine.

Causes and Symptoms of Disk Herniation

Herniated discs are typically caused by trauma or lifting injuries; however, they may also be caused by age-related degeneration (i.e., “wear and tear’). These changes cause the discs to lose their ability to hold their shape and act as shock absorbers, so they may bulge or break open.

People with disc herniation usually have back pain, which is often made worse by certain positions or activities (such as bending forward). The pain from a herniated disc is typically accompanied by other symptoms that are related to the location of the herniated disc and what structures it’s pressing on.

Common symptoms of a disc herniation
Spinal discs are the shock absorbers of your spine. They are composed of a tough, outer fibrous ring (annulus) surrounding a soft, jelly-like center (nucleus). When the annulus becomes damaged, it loses its shape and ability to support your back, resulting in a disc herniation. It can occur anywhere along the spine but most commonly affect the lower back (lumbar spine) or neck (cervical spine).

The degree of pain and other symptoms associated with a herniated disc depends on where it occurs and how much it compresses surrounding nerves or nerve roots. If it compresses a nerve root, you may experience:

Diagnosis of a Herniated Disc

In order to make a proper diagnosis, the doctor will ask about symptoms and perform a physical exam. The doctor will check for nerve issues by testing reflexes and muscle strength. If the doctor suspects a herniated disc, imaging tests may be done.

The imaging tests used to diagnose a herniated disc depend on which part of the spine is affected.

In general, the treatment for a herniated disc will focus on two different things: physical therapy/stretching and anti-inflammatory medicine. These will also be accompanied by rest and avoiding movements that cause pain or worsen symptoms. While this may not sound like enough for you to start feeling relief, remember that with your disc being compressed, there’s only so much it can do on its own to alleviate any pain you might be in. You can give your back a break from an active movement that could cause more damage or irritation.