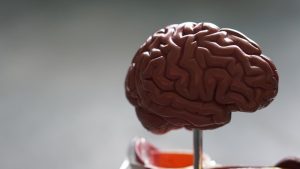 At American Neurospine Institute, PLLC, we are here for our patients diagnosed with Chiari Malformation.

What is a Chiari Malformation?

A Chiari Malformation is a condition when brain tissue extends into the spinal canal. This condition is often considered a congenital condition as it is present at birth and often caused by under-development, leaving the skull either too small or misshapen and pressing down on the brain pushing tissue through a small natural opening and into the upper spinal canal. This added pressure interferes with the flow of cerebrospinal fluid which can block signals from being transmitted properly from the brain to the body or create a buildup of fluid within the brain and spinal cord affecting the central nervous system and causing neurological impairments.

There are several types of Chiari Malformations and are determined by the severity of the condition:

Symptoms will vary depending on the severity of the condition and individual patient. Some may not appear until childhood, adolescence, or early adulthood. Common symptoms may include:

In some cases, if other disorders or defects are present at birth, the diagnosis may be made at birth. However, in most cases, the diagnosis is not made until after specific signs and symptoms are examined and diagnostic tests such as MRIs and CT scans confirm a Chiari Malformation.

If the patient does not show any symptoms or if the condition does not interfere with daily life, the doctor may only need to monitor the condition regularly with diagnostic imaging. For more mild symptoms, medication may be prescribed to ease headaches and offer pain relief.

However, for more progressive conditions, surgery is the recommended treatment option to help remove symptoms and halt the progression of damage to the central nervous system. The most common surgery used to treat Chiari Malformation is known as a posterior fossa decompression surgery. During this procedure, space is made for the brain by removing a small portion of the skull to alleviate pressure and restore the normal flow of cerebrospinal fluid. Your doctor may also remove some of your spinal column to allow for more space.

During your consultation, your doctor will inform you of the risks and chances of success for surgery so you can determine what the best treatment option is for you. The risks associated with treatment include the possibility of infection, fluid in the brain, cerebrospinal fluid leakage, or improper healing. It is important to note that if nerve damage has already occurred within the spinal canal, treatment cannot reverse this damage.

It can take several months to recover from surgery with several days spent in the hospital for monitoring and care. Headaches and neck pain are common during recovery but should subside after several weeks. For more information on Chiari Malformations and how we can help you or to schedule an appointment, contact American Neurospine Institute, PLLC today at (972)806-1188.