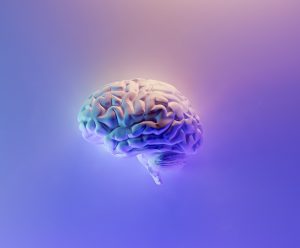 If CM occurs during fetal stages, it’s known as congenital or primary CM. Several factors may cause primary CM, such as:

There are four main types, but types 1 and 2 are the most common.

Chiari Malformation Type 1
Chiari malformation type 1 may not have any symptoms and often goes undetected until adolescence or adulthood; it develops when the skull and brain are still growing. The lowest part of the back of the brain extends into the spinal canal. This can pressure the brainstem and spinal cord and obstruct fluid flow.

Chiari Malformation Type 2
This is also known as classic CM or pediatric Chiari malformation. It is more severe than type 1, and generally, symptoms become apparent during childhood. It is invariably associated with spina bifida, a congenital disability that occurs due to incomplete closure of the posterior spinal cord and bony vertebral arch (lamina). This anomaly leaves a portion of the spinal cord exposed through the spinal canal, typically forming a sac filled with cerebrospinal fluid, meninges, and portions of the spinal cord and nerves (myelomeningocele). This type can also be associated with other significant neurological conditions, including complex anomalies of the brain.

Chiari Malformation Type 4
This is the most severe form and is usually fatal during infancy. Unlike types 1-3, Chiari malformation type 4 is not associated with herniation of the brain through the foramen magnum. In this condition, the brain is underdeveloped (hypoplastic) or fails to develop (aplastic)

Chiari Malformation Type 0
Some individuals with this type of CM have minimal or no herniation of the cerebellar tonsils through the foramen magnum. They, however, have syringomyelia despite the lack of cerebellar tonsil herniation.

The signs and symptoms of Chiari malformation vary significantly from person to person. Some people may be asymptomatic (show no symptoms). In contrast, others may have severe manifestations such as neurological deficit symptoms that can occur in different combinations and generally reflect dysfunction of the cerebellum, brainstem, spinal cord, and lower cranial nerves. Some only appear in childhood, adolescence, or early childhood. Common symptoms include:

The following conditions are associated with Chiari malformation:

Diagnosis is based on detailed patient history and a thorough clinical and neurological exam. The doctor will perform a physical exam and check the person’s memory, reflexes, cognition, balance (functions controlled by the cerebellum), touch, sensation in the hands and feet, and motor skills (functions controlled by the spinal cord).
The doctor may also order imaging tests, including:

Treatment depends on the severity of the symptoms. For mild symptoms that do not interfere with daily life and activities, your health will be regularly monitored with MRIs. Pain relief medications may be prescribed to alleviate headaches.

More severe cases may need surgery. The goals of surgery are to:

Laminectomy: The surgeon may also need to remove a small portion of bones covering the spinal column to restore the flow of cerebrospinal fluid and allow more room for the spinal cord.

Electrocautery: This creates more room and allows the cerebrospinal fluid (CFS) to drain; surgeons may apply a small amount of electricity to shrink a small part of the brain called the cerebellar tonsils. The cerebellar tonsils retract without causing neurologic damage.

Duraplasty: In this decompression surgery, the surgeon opens the dura (a membrane on the outside of the brain). Then the surgeon sews in a patch to make the membrane larger so the brain has more room. This procedure enlarges the area and relieves pressure on the brain.